If you're new to shooting you may be hearing a lot of unfamiliar words and phrases. Some of these terms may be used to give instruction or direction, so it's important to have a good understanding of the basics before heading off on your first shoot. On this page we have gathered together a few of the most frequently heard terms and given a brief explanation, so you can set out on your first shoot with confidence! 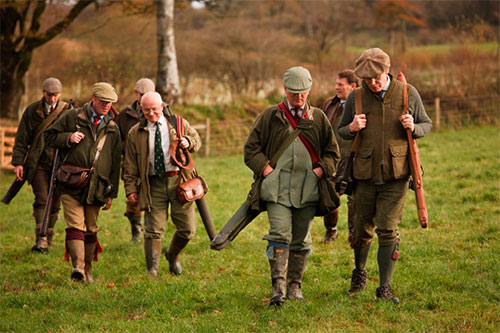 A line of guns stands at numbered pegs and upon the instruction of the Gamekeeper, a team of beaters will flush out the gamebirds in the direction of the guns with the aim of them flying high enough to provide a safe shot. The shot game is then retrieved quickly by a gundog under the instruction of a picker-up. Driven shooting is usually confined to pheasants, partridge and grouse.

This is the more informal type of shooting and can be used to shoot virtually any live quarry. Game is flushed out of the hedgerows, woods and other cover by dogs and is then shot by the guns as the walk along. The same dogs will then retrieve the shot game.

Hunting ducks and geese in wetlands and estuaries. Traditionally one of the hardest types of shooting, it is at its best when the weather is at its worst!

This is the pursuit of deer in mountains and woodlands and requires great skill. You need to be extrememly patient and silent in order to get close enough to take a shot.

This is the shooting of pest species such as pigeons, rabbits and crows. It takes many forms and can include the use of a shotgun, rifle or air rifle. Sometimes it will even take place at night. 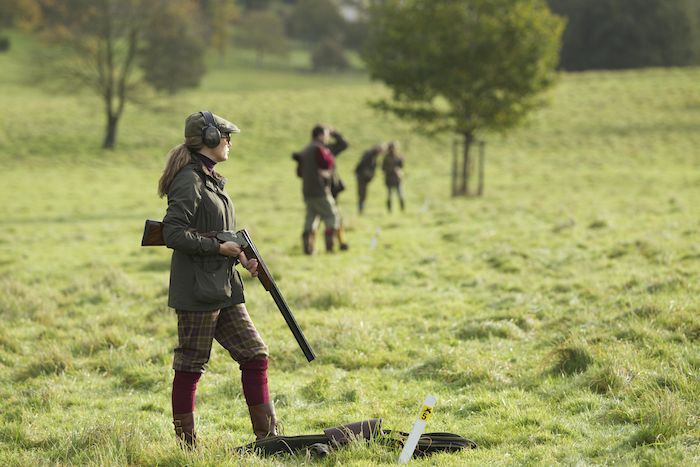 Guns stood on their pegs.

The total number of game shot in one day

A pair of pheasants, or grouse for example

A dummy designed to lure birds, normally pigeon and duck towrads the guns

To push game out of an area of cover, usually with a dog

A Scottish term for a professional hunting and fishing guide

A shooter of any type of quarry, as welkl as the weapon being used

A place in which to conceal oneself, which blends into the surrounding environment

Dates during which quarry species may be taken legally, also known as shooting season

The person who retrieves shot game, with the help of gundogs

The species being targeted

A safe haven for the wildlife where human activity is restricted

The lead or steel pellets contained in a shotgun cartridge. This may also refer to the person using the gun

A shotgun where the barrels sit side by side, as opposed to 'over and under'.

A group of people who shoot together, sharing the cost of a days or a seasons sport

The bore of a gun is the diameter of its barrel. For shotguns this usually varies between a 28 bore (the smallest) and a 4 bore (the largest). The most commonly used size for sport shooting is a  12 bore

Now you're walking the walk and talking the talk, it's time to get to know